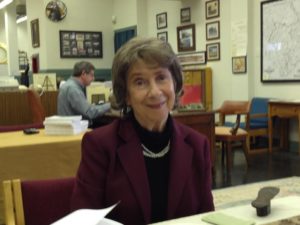 A published author, journalist, poet, editor, and publisher, Mollee Kruger grew up during the Great Depression and World War II. At seventeen, she sold her first poem to a national magazine, The Woman’s Home Companion, and wrote a weekly column for the county paper, which paid five cents per column inch.

After graduation from the University of Maryland, she worked as a copywriter at an advertising agency, wrote educational TV scripts, and later produced “Unholy Writ”, a widely syndicated column of topical light verse.

Kruger, the author of eight books, has contributed prize-winning essays and poetry to The Washington Post, The Baltimore Sun, Modern Maturity, Writer’s Digest, The Pen Woman, Maryland Magazine, and many other regional publications.

As an octogenarian who still has all her marbles, Kruger writes lovingly about aging, drawing inspiration from the retirement community she calls home.  A widow, she has two sons and two grandchildren.